EHC 2022 | Prevention medication for pediatric migraine: should it be re-examined?

Massimiliano Valeriani, MD, PhD, Hospital Bambino Gesù, Rome, Italy, shares his perspective on prescribing prophylactic drugs to children with migraine. In 2017 the randomized, double-blind, placebo-controlled CHAMP trial (NCT01581281) of amitriptyline, topiramate, and placebo in children and adolescents with migraine was conducted. This trial was stopped due to futility, meaning neither of the two medications for pediatric migraine was more effective than placebo in reducing the number of headache days over 24 weeks. Despite the CHAMP study’s null outcomes, its results were important because they showed how the placebo effect could be powerful in the pediatric age, which can be a disadvantage in clinical trials but useful in clinical practice. However, some of the trial weaknesses should be considered, such as only enrolling children with episodic migraine and not considering the seasonality of pediatric migraine. Although the CHAMP trial results suggest that prevention medication for pediatric migraine needs to be re-examined, Prof. Valeriani states that clinicians should also consider other studies as well as look forward to the anticipated studies on the use of anti-CGRP monoclonal antibodies in children and adolescents with migraine. This interview took place at the 16th European Headache Congress (EHC) in Vienna, Austria.

First of all, I should explain the reason of the title of the talk, because for others, so we know that now we have special drugs for the treatment of migraine that are the monoclonal antibodies. These drugs are not available for children. But even before the era of mabs, nobody has ever discussed the possible role, the possible utility of the oral treatments for migraine.

So instead, the situation for children is different and it has become different from 2017...

First of all, I should explain the reason of the title of the talk, because for others, so we know that now we have special drugs for the treatment of migraine that are the monoclonal antibodies. These drugs are not available for children. But even before the era of mabs, nobody has ever discussed the possible role, the possible utility of the oral treatments for migraine.

So instead, the situation for children is different and it has become different from 2017. This is important date for those who deal with pediatric migraine, because there was a publication in a very important journal, New England Journal of Medicine. In this publication, in this article, the results of a multicentric trial appeared. In this trial, it is a trial conducted in the US and involving a large number of children and adolescents with migraine. In this study, the children were divided in three groups, basically. One group was treated with topiramate, the other with amitriptyline and the third group with a placebo.

So, as from that moment, people began wondering whether prescribing a drug to children with migraine was right or not, because of course drugs can have side effects, and we could not be so sure about their utility. So this is the reason of the title.

So my perspective, I think that the results published in the study, which is called the CHAMP study, are very important, for several reasons. But first of all, because they show how the placebo effect can be powerful in a pediatric age, and this can be a disadvantage for clinical trials of course, but it’s very useful in the clinical routine, because in front of a child with migraine, I always pray that I can use the placebo effect.

So the importance of placebo effect was well underlined by the study. This is very important, in my opinion. On the other side, however, I think that the results of the CHAMP study have been always considered as a sort of, let’s say a Bible. Because in the study, in my opinion, there are some points of weakness of this study, which should be underlined.

So, for instance, in this study, only children with episodic migraine were recruited, while those with chronic migraine, who are usually the most difficult to be treated, were not included. And so sometimes it is clear in clinical practice that we have a higher probability to have a success with the pharmacological treatment in children with high frequency of migrainous attacks, as compared to children with a low frequency of migrainous attacks. So, thus can be a point of weakness.

Moreover, in CHAMP trial, as well as in all the other clinical studies investigating the effect of drugs in pediatric migraine, one important characteristic of migraine of this age has not been considered. And this characteristic is what we can define as the seasonality of pediatric migraine. I mean, all doctors dealing with the children and adolescents with migraine know very well that, so the highest frequency of attacks occurs during the winter months, or to say better, during the months in which the child attends the school. While in summer, the situation improves, because there is a release of the stress related to school, which has an important, fundamental role in determining the severity of migraine.

So the treatment in the CHAMP study was quite long, was six month. Thus, it means that sometime the children began the treatment during the school and the results were checked in summer, thus there was a great chance to find an improvement. While on the contrary, in many cases the treatment could be started during summer and the research checked during the school months. So this means that in this case, there was a great chance to find worsening of migraine.

So finally, I think that we shouldn’t stop considering all the other studies before and after CHAMP study, which however, demonstrated the efficacy of the available drugs for treatment of migraine in children. I mean amitriptyline, topiramate, propanolol, flunarizine, at least concerning the Europe, because in US flunarizine is not approved by FDA.

So I think that there is still space for these drugs, but it’s true that all of us, I mean all doctors dealing with children with headache wait for monoclonal antibodies to be approved also for this age, for pediatric age. 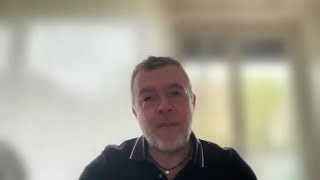 1:30
Preliminary data on the use of anti-CGRP mAbs in pediatric migraine
Massimiliano Valeriani • 15 Dec 2022 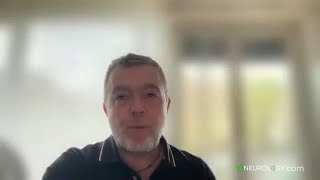 1:41
The efficacy of symptomatic treatments in children and adolescents with chronic migraine
Massimiliano Valeriani • 15 Dec 2022 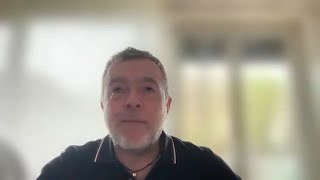 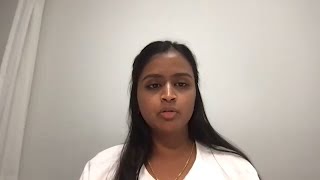 5:24
The involvement of adenosine in headache and migraine pathophysiology
Janu Thuraiaiyah • 15 Dec 2022 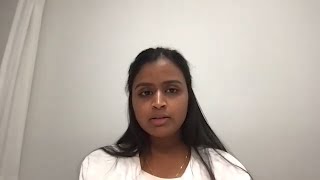 5:08
The role of cytokines in migraine pathophysiology
Janu Thuraiaiyah • 15 Dec 2022 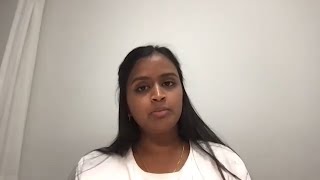