Erika Petersen, MD, University of Arkansas for Medical Sciences, Little Rock, AR, discusses the 6-month follow-up results from a multicenter randomized controlled trial (NCT03228420) of 10kHz spinal cord stimulation for the treatment of painful diabetic neuropathy. The trial enrolled over 200 patients to receive conventional medical management (CMM) alone, or in combination with high-frequency spinal cord stimulation from a small, implanted device in the lower thoracic spinal region. 6-month results showed the pain improvements seen at the primary 3-month endpoint were maintained. 86% of patients in the stimulation arm had ≥50% reduction in baseline pain, compared to only 5% in the CMM alone arm. Response durability will continue to be assessed to 24 months. This interview took place during the American Academy of Neurology (AAN) 2021 Annual Meeting.

So this is a randomized control trial. We enrolled 216 patients and randomized them one-to-one into two different treatment arms. The first control arm was conventional medical management, patients who could try any combination of the gold standard of medications and adjuncts to try to improve their painful diabetic neuropathy symptoms. The other group was randomized to receive conventional medical management and in addition to that, a 10kHz spinal cord stimulator...

So this is a randomized control trial. We enrolled 216 patients and randomized them one-to-one into two different treatment arms. The first control arm was conventional medical management, patients who could try any combination of the gold standard of medications and adjuncts to try to improve their painful diabetic neuropathy symptoms. The other group was randomized to receive conventional medical management and in addition to that, a 10kHz spinal cord stimulator. What that spinal cord stimulator is, is a small implanted device with a generator and small electrical lead wires under the skin into the epidural space. It delivers an impulse at a 10kHz frequency into the spinal cord over the low thoracic T10, 9, 10 level.

What we found, and we followed patients at three months, and we’re reporting at the meeting here our 6-month results, is, first of all, our primary endpoint was at three months, and this was a combined safety and efficacy endpoint. What we saw was that patients had an improvement in their pain, which was quantified as a greater than 50% reduction in their baseline pain, and in addition to that, no worsening of their neurological baseline status. So, that was the safety component of it.

We followed patients again out to beyond the 3-month endpoint to six months, and we found a significant improvement in pain. 86% of patients in the spinal cord stimulator arm had at least a 50% reduction in their pain, and a large number of those patients found their pain scores had decreased to below three, which we characterize as remitters from their chronic pain. When we compared this to the CMM control arm, patients in that arm, only 5% of them were responders compared to the 86% responder rate in the simulator arm.

So in terms of the next steps for the study, the study is designed by the protocol to go out to 24 months. So we are continuing to follow these patients. In fact, all patients who’ve been implanted in the investigational arm have been already evaluated through the 12-month endpoint. What we see was pain scores that were at baseline higher than a VAS score on the 10 point scale of seven are decreased to below two, and they’re maintained below two from six months on to 12 months. So we see a durability of the reduction in pain.

The other thing that we followed in patients beyond the pain response was we looked at a lot of functional indicators like sleep quality as well as the 6 Minute Walk Test. We found that patient satisfaction, all were very high and significantly improved in the stimulator arm when compared to the CMM arm. Of note, there is this crossover at six months. So patients who were in the CMM arm who were dissatisfied with their treatment, which was greater than 80% of patients in the CMM arm registered dissatisfaction with the level of pain control that they got with the CMM approach, had the option to cross over and receive a stimulator. A good majority of those patients crossed over and ultimately were implanted with stimulators themselves after that six-month time point. Then we will follow those patients on for an additional 18 months from the implant point as well. So we’ll have those 12 months and 24-month data from the population, which continues on past that crossover point.

Gotten a little bit of chance to look at the agenda. I think that there are some really interesting discussions, but obviously, I’m most excited about what we’re going to be able to show in painful diabetic neuropathy, because this has been a real problem population for quite a while, without a whole lot of clinically valid solutions. And so in an environment where we need non-opioid solutions to pain, a small implanted device through a small interventional procedure that can have this big an impact for potentially millions of patients is, I think, a really important finding. So I’m very eager to hear what the response is going to be to our presentation, as well as to have some opportunity to just chat with some of the other investigators in some of the sessions. 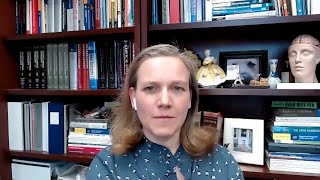 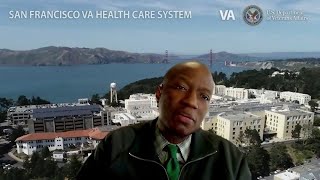 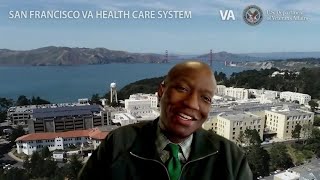 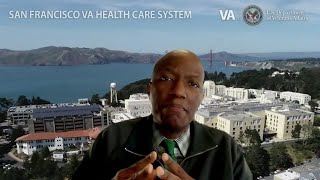 8:51
Partnering with the community & diversifying the workforce to address disparities
Bruce Ovbiagele • 12 Apr 2022 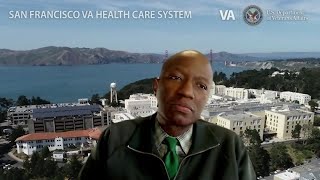