Luis Marco García-Marín, Biotechnology Engineer, PhD student in Statistical Genetics, QIMR Berghofer Medical Research Institute & The University of Queensland, Brisbane, Australia, talks on the results from analysis of the causal relationship between migraine and other complex traits. The study compared migraine data with 1504 complex traits to estimate their genetic relations and assess the potential association. The results suggested that hypertension and blood clot formation were causally associated with an increased migraine risk, indicating that there is a potential vascular component to migraine and that other factors such as stress and work environment also contributed to this. Mr García-Marín highlights the importance of incorporating multiple study designs to get the best outcomes. This interview took place during the International Headache Congress 2021.

First, since migraines have polygenic trait, resulting from the additive effects of hundreds or even thousands of genetic variants in many genes and other environmental contributions, a GWAS is performed to identify regions of the genome that are associated with a given phenotype, which in our case is migraine. To perform the GWAS, thousands of individuals with and without migraine are recruited and classified as cases and controls...

First, since migraines have polygenic trait, resulting from the additive effects of hundreds or even thousands of genetic variants in many genes and other environmental contributions, a GWAS is performed to identify regions of the genome that are associated with a given phenotype, which in our case is migraine. To perform the GWAS, thousands of individuals with and without migraine are recruited and classified as cases and controls. Then their DNA is genotyped and we look at the frequency of genetic variants across the entire genome. If a genetic variant is more common among individuals who have the disease than for those who do not have the disease, then that means that the genetic variant is somehow associated with migraine. And thanks to GWAS studies in 2016, 38 single nucleotide polymorphisms across the entire genome were associated with a higher risk for migraine. More recently, this year, an unpublished preprint identified 123 SNPs associated with a higher risk for migraine. All of these SNPs were identified through genome-wide association studies.

Later on, we can use GWAS results to estimate genetic correlations between different phenotypes. Genetical relations are estimated using LD Score regression and indicate the extent to which two phenotypes share the same genetic etiology. These genetic relations are meaningful because they are robust to confounding the two Mendel’s Laws. That means that the estimates of a genetic correlation are unlikely to be biased by external factors due to Mendel’s Law of Segregation and of Independent Assortment.

The advantages of this method include that it is able to handle sample overlap, it is less susceptible to confounding by horizontal pleiotropic effects, and it gives us aggregated information throughout the entire genome to increase its statistical power. In our study, we used GWAS data for migraine in 1,504 complex traits to estimate genetic relations using LD Score regression and then we assess potential causal associations using the latent causal variable method. We identified 517 genetic correlations with migraine, of which 17 were explained by a potential causal association.

Overall, three phenotypes were potential causal outcomes of migraine, while 14 traits were potential causal determinants of migraine. We broadly classified phenotypes that have a causal association with migraine into four different categories. This included cardiovascular phenotypes, abdominal discomfort and pain, emotional distress, and workplace environments. In particular, hypertension and blood clot formations were causally associated with an increased migraine risk, possibly through basic constriction and platelet clumping. We also observed that sources of abdominal pain and discomfort might influence a higher risk for migraine.

Another of our findings was that occupational and environmental factors such as working with paints, thinner, or glues and being exposed to diesel exhaust were causally associated with a higher migraine risk. And finally, psychiatric related phenotypes, including a stressful life event increased risk for migraine. While, for example, ever feeling unenthusiastic or disinterested for a whole week, which is a phenotype related to the psychological wellbeing of individuals, was a potential outcome of migraine.

Things to take away from these findings are that our results suggest that there is potential vascular component to migraine, and we particularly highlight the role of basic constriction and platelet clumping, and we note that stressful life events and occupational variables potentially influence a higher risk for migraine. And migraine could impact the psychological wellbeing of individuals.

I believe that one of the most important things to take away from this study is that in order to establish causal associations between complex traits, it is critical to triangulate results with multiple study designs of which at least one should be ideally an interventional study, such as a randomized control trial. However, as I mentioned earlier, interventional studies can be expensive, time consuming, and even unethical to perform. Therefore identifying potential causal associations using statistical methods in genetic epidemiology could be the best informative option available in some cases. And our results contribute to this by generating testable hypothesis that can be confirmed by future studies and will also provide novel insights into a relationship between migraine and the overall health. 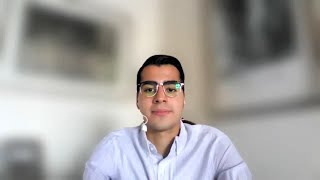 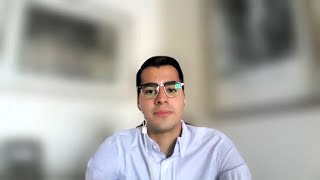 2:21
The importance of studying causal relationships between migraine and other complex traits
Luis Marco García-Marín • 1 Sep 2021 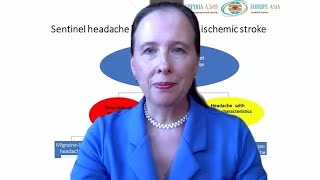 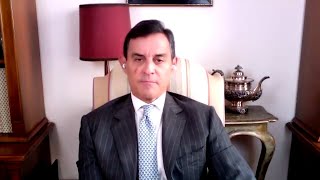 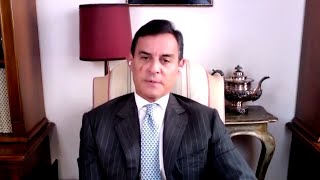 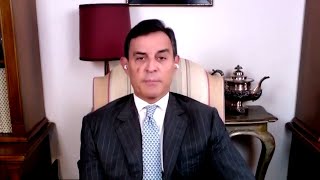