Henri Huttunen, PhD, Herantis Pharma Plc, Espoo, Finland, shares the findings from a first-in-man clinical trial (NCT03295786 ) of intraputamenal cerebral dopamine neurotrophic factor (CDNF) in patients with moderately advanced Parkinson’s disease (PD). In preclinical studies, CDNF has been shown to protect dopaminergic neurons through restoration of proteostasis, alleviation of neuroinflammation, and modulation of α -synuclein aggregation and toxicity. The Phase I/II trial randomized 17 patients to receive placebo, mid-dose CDNF or high-dose CNDF for 6 months, followed by an additional 6-month active treatment extension study. CDNF was demonstrated to be safe and well tolerated in this population. Two serious adverse events related to the infusion procedure were recorded. Exploratory proteomics studies were conducted that investigated changes in a panel of 50 cerebrospinal fluid biomarkers in response to CDNF. In a subset of patients, the so-called biological responders, 20 of these markers were shown to change in a highly similar pattern. Notably, the biological responses also showed improvements in UPDRS scores and dopamine transporter PET imaging. Investigations into CDNF and methods to improve the safety of delivery are ongoing. This interview took place during the 2021 International Congress of Parkinson’s Disease and Movement Disorders.

CDNF, it’s an unconventional neurotrophic factor. Its mechanism of action differs clearly from the classical ones like GDNF, NGF, and so on. In preclinical studies, CDNF has been shown to protect dopamine neurons in multiple different types of models via restoration of proteostasis. So, modulation of the unfolded protein response pathway, and alleviation of neuroinflammation as well. Also, interestingly, recently there was a publication showing that CDNF may also directly interact with alpha-synuclein, which makes it even more interesting...

CDNF, it’s an unconventional neurotrophic factor. Its mechanism of action differs clearly from the classical ones like GDNF, NGF, and so on. In preclinical studies, CDNF has been shown to protect dopamine neurons in multiple different types of models via restoration of proteostasis. So, modulation of the unfolded protein response pathway, and alleviation of neuroinflammation as well. Also, interestingly, recently there was a publication showing that CDNF may also directly interact with alpha-synuclein, which makes it even more interesting.

This was a rather heavy study, as we used an intracranial route of administration. So we had a recombinant human CDNF protein that was delivered directly to the putamen, deep into the brain via four catheters, which were connected by a subcutaneous line to a port which was sitting just behind the patient’s ear. Once a month, the patients actually come to the clinic to receive CDNF infusion. In this study, we had 17 moderately advanced Parkinson’s patients. For ethical reasons, we were looking for patients who were more or less DBS candidates. In future trials, we would like to go to much earlier stage patients because there’s much more neurons to rescue then, but in this study, it is first-in-human, we used moderately advanced patients, so disease duration 10 years since the diagnosis and so on. This was a placebo-controlled trial, so we had roughly one third of the patients received placebo for the first six months, then they crossed over to CDNF for the second six-month period, and then two thirds of the patients were receiving two different dose levels of CDNF.

Primary endpoints were safety and tolerability. Secondary endpoints related to motor function and various exploratory endpoints related to, well, we used digital biomarkers like PKG, dopamine transporter PET imaging, and then also some exploratory biomarker studies from the cerebrospinal fluid. This study, CDNF itself turned out to be safe and well-tolerated, so we reached the primary endpoint. However, because of the very invasive nature of delivery, so there was a surgery, neurosurgical implantation of the [inaudible 00:02:44], healing period, and also, related to the infusion procedures, we did find some adverse events and actually, a couple of serious adverse events. A couple of patients discontinued the trial because of these adverse events, but the bottom line was that CDNF itself was safe and well-tolerated.

This is actually where it gets really interesting because we did a couple of proteomic studies with our partner, Innoviv. First, we compared our cohort at baseline to age-matched healthy controls to look at what CSF markers may be changed in these patients. In the second part, in a targeted proteomics study, we used a panel of 50 markers, and followed how they changed from baseline to six months and 12 months. In this 50-marker panel, we found about 20 markers that changed very similarly in one third of the patients. What’s actually quite stunning is that there was one patient who didn’t show any change during the placebo period, but after converting to CDNF, it was a very similar change as in those patients who were receiving CDNF during the whole study. This patient happened to be a LRRK2 G2019S mutation carrier, so that’s sort of an extra bonus for us, potentially indicating that the LRRK subtype of PD may be potentially responsive to CDNF treatment.
Very briefly, it wasn’t a very thorough analysis, but very briefly, just looking at if there are any commonalities between these 20 markers that seem to respond to CDNF treatment. And about one third of the markers were associated with lysosomal function and autophagy which is, of course, related to proteostasis, potentially alpha-synuclein, maybe LRRK2, and of course GBA is located in the lysosome as well. And one third of the markers were clearly related to immune response, neuroinflammation, microglial activation, and so on. Then, there were a few markers that appeared to be functionally linked to synapse development, maturation, and so on.

Well, obviously, the most important thing is that CDNF was safe and well-tolerated. I mean, in this type of trial, we get 100% bioavailability, the drug is certainly there in the putamen because we infuse it there. It’s good to see that in these advanced patients, CDNF was well-tolerated, and also, of course, it was very interesting to see this pretty clear biological response. What’s quite interesting in this CSF proteomic studies is that these responders, the biological responders who showed this CSF fingerprint of markers changing, they also showed improvement in motor function, and there were some improvements in some imaging readouts, as well. So, clear correlation between a biomarker change and a clinical change, so that’s very encouraging, of course, for us. Then, the LRRK finding was very much worth following up, but perhaps a key strategic output from this study is that, because of the adverse events that we observed and fairly cumbersome route of administration, it is now directing us to find more patient-friendly, less invasive, routes of administration for CDNF. Also, we are now in good speed in developing a next generation CDNF compound, which is based on the active fragment of the protein, and capable of penetrating the BBB, so that’s sort of a parallel path to CDNF.

Dr Huttunen is an employee and a shareholder of Herantis Pharma Plc. 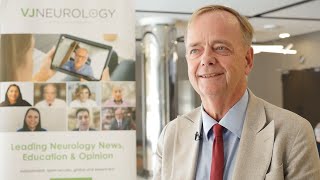 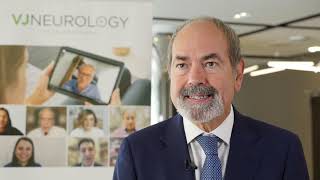 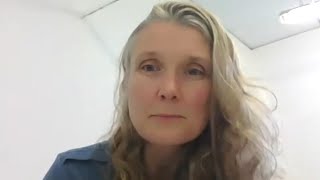 3:13
Feasibility and acceptability of PDConnect: an exercise program for patients with PD
Julie Jones • 5 Oct 2022 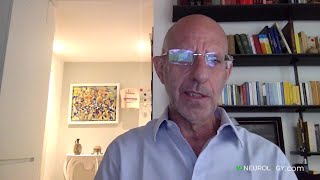