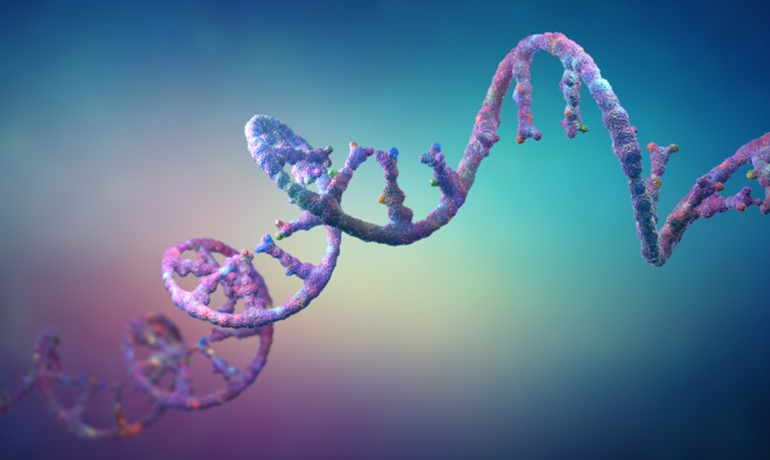 Following the termination of the GENERATION HD1 trial in March 2021, Roche have now announced plans for a new Phase II trial which will investigate tominersen in younger Huntington’s disease patients with a lower disease burden.

Huntington’s disease (HD) is a rare genetic disorder characterized by a CAG repeat expansion in exon 1 of the huntingtin (HTT) gene. The resultant mutant HTT (mHTT) protein disrupts a number of cellular processes, ultimately leading to neurodegeneration. Clinically, this presents as a progressive decline in motor and cognitive ability that eventually impairs an individual’s ability to function independently. HD is a hereditary disease with no current cure or therapies to tackle the underlying issue.

Tominersen is an investigational, disease modifying drug for the treatment of HD, that acts by lowering the production of all forms of the HTT protein, including mHTT. It is an antisense oligonucleotide (ASO) that binds to both HTT and mHTT mRNA (allele non-specific), targeting them for RNase H1-mediated degradation.1 In its Phase I/IIa pilot study (NCT02519036), tominersen demonstrated a significant reduction in cerebrospinal fluid (CSF) mHTT at its highest doses (p<0.01), instilling great hope for the treatment of HD.2

These preliminary results supported the launch of the GENERATION HD1 Phase III clinical trial (NCT03761849), in which tominersen would be evaluated for its safety and efficacy in adults (25 to 65 years of age) with manifest HD (i.e. a UHDRS Diagnostic Confidence Level (DCL) of 4, a UHDRS Independence Score above or equal to 70, and a CAG-age Product (CAP) score equal or greater than 400).3 In this study, 660 patients were to receive either monthly (Q4W) or bimonthly (Q8W) 120 mg doses of tominersen. These regimens were later revised following results from the pilot open-label extension that demonstrated more adverse effects (AEs) with the Q4W regimen. As a result, this was removed from the GENERATION HD1 study and a 16-week (Q16W) dosing regimen was introduced instead.

After 17 months of the originally planned 25-month trial period, GENERATION HD1 was terminated following an unblinded review by an Independent Data Monitoring Committee (iDMC). Preliminary results, which assessed the effect of tominersen based on Composite Unified Huntington’s Disease Rating Scale (cUHDRS) scores, demonstrated that patients’ scores under the Q8W regimen worsened progressively over time compared to those with placebo.3 Patients’ scores under the Q16W regimen were comparable to patients given placebo. Despite a lack of clinical efficacy, both regimens achieved a reduction in CSF mHTT levels compared to placebo. At 17 months, a 46% reduction was observed in the Q8W regimen and a 29% reduction was observed with the Q16W regimen. Alongside this, there were more severe AEs (SAEs) with the Q8W regimen than placebo, with three cases of hydrocephalus. Both regimens were also associated with an increase in neurofilament light chain (NfL) levels, a marker of nerve damage, and brain ventricular volume. Given that tominersen provided no clinical benefit and increased the risk of AEs, the iDMC recommended that the trial be terminated.3

However, post-hoc analyses of data from GENERATION HD1 suggested that younger patients with a low disease burden (measured by CAP score) may have benefited from treatment with tominersen (age<48, CAP score<500). Patients were split into four subgroups based on age and CAP score: low age/low CAP, low age/high CAP, high age/low CAP, and high age/high CAP.4

“For patients receiving [tominersen] treatment every 16 weeks in the low age/low CAP subgroup point estimates were in the favorable direction compared to placebo for all UHDRS clinical endpoints at week 69,” said Peter McColgan, MD, PhD, Clinical Director of the Huntington’s program at Roche.5

It is not yet known why tominersen presented no clinical benefit despite lowering CSF mHTT, nor why younger patients with a low disease burden may benefit from low tominersen dosing, however these effects remain of value to investigate.

“The results [of this post hoc analysis] are not definitive, they are not statistically significant, but they do give us confidence to proceed to a new Phase 2 study which is specifically designed to test this new hypothesis about this subgroup,” McColgan said.5

Roche have now announced plans for the GENERATION HD2 Phase II study that aims to recruit 360 participants aged between 25 and 50 with prodromal or early-manifest HD. Participants will receive a lower dose of tominersen (60 mg or 100 mg) every 16 weeks. It will be a randomized, placebo-controlled, double-blind trial lasting at least 16 months, and the safety and efficacy of tominersen will be reviewed every 4-6 months. Recruitment for GENERATION HD2 is now open.6

The failure of GENERATION HD1 as well as similar clinical trials such as the PRECISION HD (NCT03225833) and VIBRANT HD (NCT05111249) has thrown into question the clinical efficacy of HTT lowering approaches. However, given the demonstrable role of mHTT in HD pathogenesis and results from the post-hoc analyses of GENERATION HD1, GENERATION HD2 may provide insight into not only why this type of approach has failed in the past, but how it might still be of clinical value.

In a letter to the HD community, Roche stated, “We had hoped that GENERATION HD1 would meet its primary objectives…but we are encouraged that there is a path forward to continue tominersen research in a subset of patients.” 7

Spinal muscular atrophy (SMA) is a severe genetic disease associated with mutations in the SMN1 gene (SMA5q). The pathological characteristics…