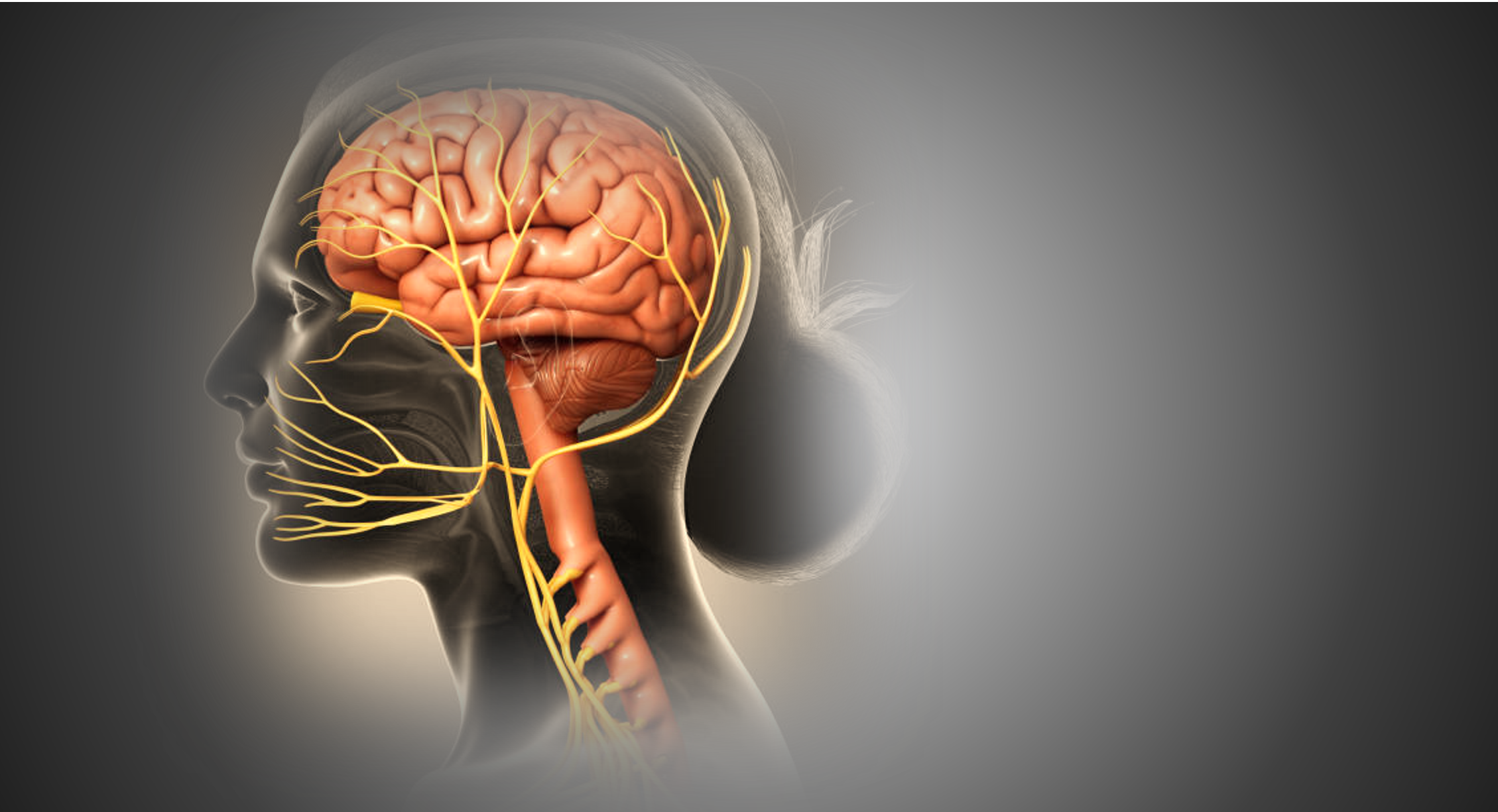 The results of the VNS-REHAB clinical trial, recently published in The Lancet, demonstrated significant improvements in upper arm function after the application of vagus nerve stimulation paired with rehabilitation exercises. Read further and hear from Prof. Jesse Dawson, MD, and Dr Seth Hays, PhD, about how this treatment strategy recently gained FDA approval.

Until recently, there has been a lack of evidence-based therapeutic strategies targeting upper limb recovery in patients with stroke. Intensive and repetitive rehabilitative exercises have been the dominant treatment strategy, but their effectiveness is limited. About 80-85% of patients who experience acute stroke develop arm weakness, and up to 60% of these patients continue to experience motor impairments long term.1,2

VNS, in particular, has been investigated for a long time in stroke recovery and beyond. VNS has shown promising results as a therapeutic intervention for chronic inflammatory disorders, motor deficits, and pain management, and is approved for use in drug-resistant epilepsy and severe depression.3

“I think there’s excitement in that we have one technique that has been shown to work, and we have a number of other techniques which look very promising, and it may just be that we’re finally getting to the point where these things start to break through into clinical practice”

The delivery of VNS involves surgically implanting a pulse generator into a patient’s chest cavity that delivers mild electrical impulses to the vagus nerve via lead electrodes situated on the left side of the neck.1 Stimulation of the vagus nerve leads to the activation of multiple neuromodulatory networks, which regulate synaptic plasticity. Therefore, activating the vagus nerve during rehabilitative therapy may reinforce the neuronal network responsible for driving the movement, and in turn, enhance motor recovery.4 Seth Hays, PhD, The University of Texas at Dallas, Dallas, TX, describes the underlying mechanism by which VNS has its effects on motor deficits and outlines some of the experimental evidence supporting the use of VNS paired with rehabilitation.

Pre-clinical rodent models of stroke have evidenced the benefits of pairing VNS with motor training in improving forelimb function. Following training on a motor task, rats were injected with endothelin-1 to induce cortical ischemia.5 After the onset of behavioral deficits, rats in the ‘VNS during rehab’ group received brief bursts of VNS following each successful movement and their recovery was compared to the rats in the ‘rehab only’ group. The study found the application of VNS during motor rehabilitation significantly improved forelimb function within the first week of therapy and by the third, the performance was no longer significantly impaired compared to pre-lesion levels. In contrast, the ‘rehab only’ group displayed impaired forelimb function at every time point during rehabilitation compared to pre-lesion levels.

Another pre-clinical study revealed the importance of temporally coupling VNS with rehabilitative exercises during the chronic phase following stroke, since the delayed application of VNS after performing rehabilitative training did not produce any improvements in limb function.6 These results have been further strengthened by a recent study that aimed to explore the dose-response curves for VNS and to optimize the stimulation intensity to maximize motor recovery.7 Moderate-intensity VNS was shown to enhance recovery in an ischemic stroke rat model when paired with rehabilitative therapy, in contrast to low- and high-intensity VNS.

“If you stimulate the vagus nerve and release those neuromodulators when the patient’s moving their arm, the idea is that it’s going to strengthen those connections and that may lead to better recovery”

Preliminary studies—completed in 2014 and 2016— investigated the safety, feasibility, and efficacy of VNS therapy. The first-in-human trial (NCT01669161) investigated the safety and feasibility of delivering VNS in combination with rehabilitation by implanting VNS devices in one group of patients and comparing them to another group without any implants.2 Only two participants had experienced adverse events (AEs) in the VNS group, in contrast to four participants in the rehabilitation-only group. The upper extremity Fugl-Meyer assessment (FMA-UE) was used as a measure of arm function, and although the study was not focused on evaluating the clinical efficacy of VNS, the per-protocol analysis showed a significant improvement in the FMA-UE score in the VNS group compared to the rehabilitation-only group (P=0.038). These results demonstrated the use of VNS in upper limb rehabilitation to be well tolerated and feasible in patients with ischemic stroke.

A second pilot study (NCT02243020) further investigated the application of VNS in a blinded setting, randomizing 8 patients to receive active VNS and 9 to receive sham stimulation.8 Safety and feasibility were consistent with the previous pilot study, and clinical efficacy of VNS paired with rehabilitation was also evident. Interestingly, the sham VNS group crossed over after the initial 6-week in-clinic therapy period to receive rehabilitation therapy paired with VNS for another 6-weeks, and outcome assessments revealed these patients experienced similar benefits to the initial VNS participants. Home-based VNS therapy continued after in-clinic therapy, where the participants followed daily home exercises paired with self-administered VNS.8 At the one-year follow-up mark, the personalized long-term home exercise program paired with self-administered VNS was reported to be safe, feasible, and result in improved upper limb function.9

The results of these pilot and follow-up studies led to the larger pivotal, randomized, triple-blinded, and sham-controlled VNS-REHAB study (NCT03131960), where subjects were randomly allocated (1:1) at the time of surgery to either the rehabilitation plus active VNS group (VNS group) or the rehabilitation plus sham stimulation group (control group).1 All participants had the VNS device implanted to ensure blinding.

In-clinic rehabilitation took place three times per week for six weeks, followed by home therapy sessions that lasted 30 minutes where the participants would self-administer either active or sham VNS. Chief investigator, Prof. Dawson, explains the key findings from this trial, including a significantly greater change in the FMA-UE score in the VNS group compared to the control group, from baseline to day 1 (P=0.0014) and day 90 (P=0.0077), after completion of in-clinic therapy. Importantly, the number of participants experiencing the benefits from active VNS was almost twice the number receiving sham stimulation, and about half of these individuals displayed clinically significant responses following VNS administration.

“This is the first time that one of these techniques has been shown in a pivotal study, so an adequately powered and designed study, to have a measurable effect on stroke patients”

The approval of this stroke rehabilitation system expands the therapeutic options for patients with impaired upper limb motor deficits caused by an ischemic stroke. However, as highlighted by Prof. Dawson, it is important to effectively identify the patients who will clinically benefit from this therapeutic strategy since a proportion of patients in the VNS group did not respond to VNS paired with rehabilitative exercises. 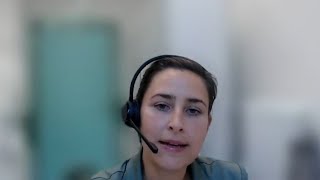 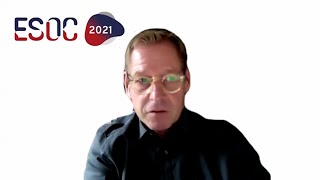 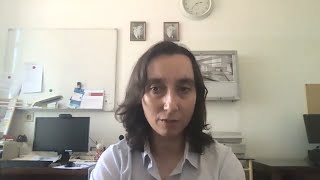 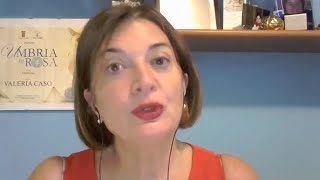