Learn more about the highly anticipated reports of the ESCAPE-NA1 and ADVANCE trials in stroke and migraine!

Stroke not only represents the second leading cause of death worldwide, but a major cause of long-term disability, causing a global loss of 116 million disability-adjusted life years in 2016.1 Given the high mortality rates and the physical, emotional, and socioeconomic impact of stroke on survivors, advancing neuroprotection strategies are of critical importance.

Endovascular thrombectomy (ET) is considered by many to be one of the most powerful tools available in the stroke field, with recent years seeing vast increases in utilization, having garnered widespread acceptance in 2015.2 Despite this, ET is only offered to a restricted population of patients with large vessel occlusion. Even with ET, evidence shows that around 50% of patients die or remain functionally dependent, and only 10% of those who are treated return to normal.3

ESCAPE-NA1 (NCT02930018) is the largest ongoing Phase III global stroke trial devoted to improving neuroprotection.4 This randomized, controlled trial is investigating nerinetide, a first-in-class peptide inhibitor of post-synaptic density protein 95 (PSD-95), as an adjunct to ET. Nerinetide blocks the interaction between PSD-95 and nNOS, preventing the production of toxic free radicals during excitotoxicity in stroke. Therefore, nerinetide is hypothesized to reduce the damage associated with the rapid ischemia-reperfusion seen in stroke patients treated with thrombectomy.

Michael Tymianski, MD, PhD, FRCSC, University Health Network and University of Toronto, Toronto, Canada, discusses the findings of ESCAPE-NA1. The trial enrolled 1105 patients selected for endovascular thrombectomy following an acute ischemic stroke due to large vessel occlusion. Patients were randomized to receive nerinetide or placebo within an enforced 12-hour treatment window. A favorable functional outcome, defined as a modified Rankin scale (mRS) score of 0-2 after 90 days, was assessed as the primary outcome.

An overall benefit of 2.1% was achieved with nerinetide use.4 The lack of efficacy was attributable to alteplase use, a thrombolytic medication that cleaves circulating plasminogen into plasmin, which in turn degrades nerinetide. Patients treated with alteplase showed a 60% reduction in plasma nerinetide levels and no functional benefit. In the no alteplase strata, a 9.6% difference in patients achieving an mRS 0-2 was seen compared to placebo. Additionally, nerinetide treatment gave a 22% reduction in infarction volumes and a 37% relative difference in mortality.5 Of notable promise was the finding that nerinetide improved mRS irrespective of when in the 12 hours a patient was treated.

ESCAPE-NA1 has demonstrated the feasibility of treating patients with nerinetide to improve functional outcomes. ESCAPE-NEXT (NCT04462536) has begun enrolling as a follow-on trial, treating only patients who do not receive thrombolysis.

Covering advancements in surgical techniques, novel strategies for neuroprotection and repair, and exclusive insights on the future of stroke care from global specialists.

Atogepant is an oral calcitonin gene–related peptide (CGRP) receptor antagonist, known as a gepant, currently under investigation for the preventative treatment of migraine. A compelling body of evidence implicates CGRP as a causative agent in migraine pathophysiology. Elevated CGRP levels are seen in the jugular blood during migraine, which fall following symptom resolution from triptan treatment.6 Additionally, infusion of CGRP has been shown to trigger migraine in human and animal studies.

Expression of CGRP and its receptor is widespread and thus, the exact mechanisms by which CGRP triggers migraine remain uncertain. Postulated mechanisms through which CGRP is thought to cause migraine include mediating neurogenic inflammation, facilitating vasodilation, and heightening pain perception through peripheral sensitization and central enhancement of sensory neurotransmission.6 Despite being a leading cause of disability worldwide, few migraine-specific therapies have been developed, with most agents repurposed from existing medications for other indications.

The development of CGRP-targeted treatments as migraine-specific agents has therefore been of great interest. At present, several CGRP monoclonal antibodies are approved for migraine prevention, and two gepants are available for acute migraine treatment.

Jessica Ailani, MD, FAAN, Medstar Georgetown University Hospital, Washington, DC, shares the findings of the Phase III ADVANCE trial (NCT03777059) of atogepant for migraine prevention, as presented at the AAN 2021 clinical trials plenary session.7 A total of 910 adults with 4-14 migraine days per month were randomized to receive 12 weeks of atogepant at 10mg, 30mg, or 60mg, or placebo. The primary efficacy endpoint of a change in mean monthly migraine days (MMDs) from baseline was met in all 3 dose groups. Statistically significant reductions in MMDs from baseline of 3.69 days, 3.86 days and 4.20 days were achieved in the 10, 30, and 60mg dose arms, respectively, compared to 2.48 for those receiving placebo (p<0.0001).7 Notably, the proportion of participants with ≥50% reduction in their 3-month average of MMDs, assessed as a specified secondary endpoint, was significantly improved in all 3 arms compared to placebo (56–61% for the atogepant arms vs 29% in placebo group, p<0.0001).7

Atogepant elicited clinically meaningful reductions in migraine frequency and was well tolerated. Since many preventive treatment options currently available are poorly tolerated and/or lack efficacy, atogepant has the potential to address the unmet need that exists among patients for whom preventive treatments have failed. Evidence from ADVANCE will be used as the basis for regulatory submissions in the U.S. and other countries.8 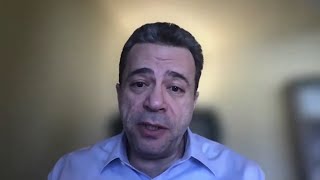 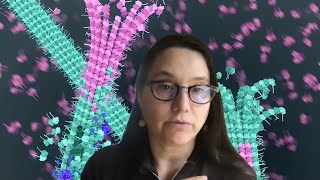 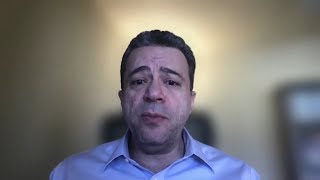 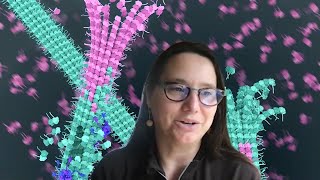 How do severing enzymes strengthen and amplify microtubules?
Antonina Roll-Mecak • 5 May 2021