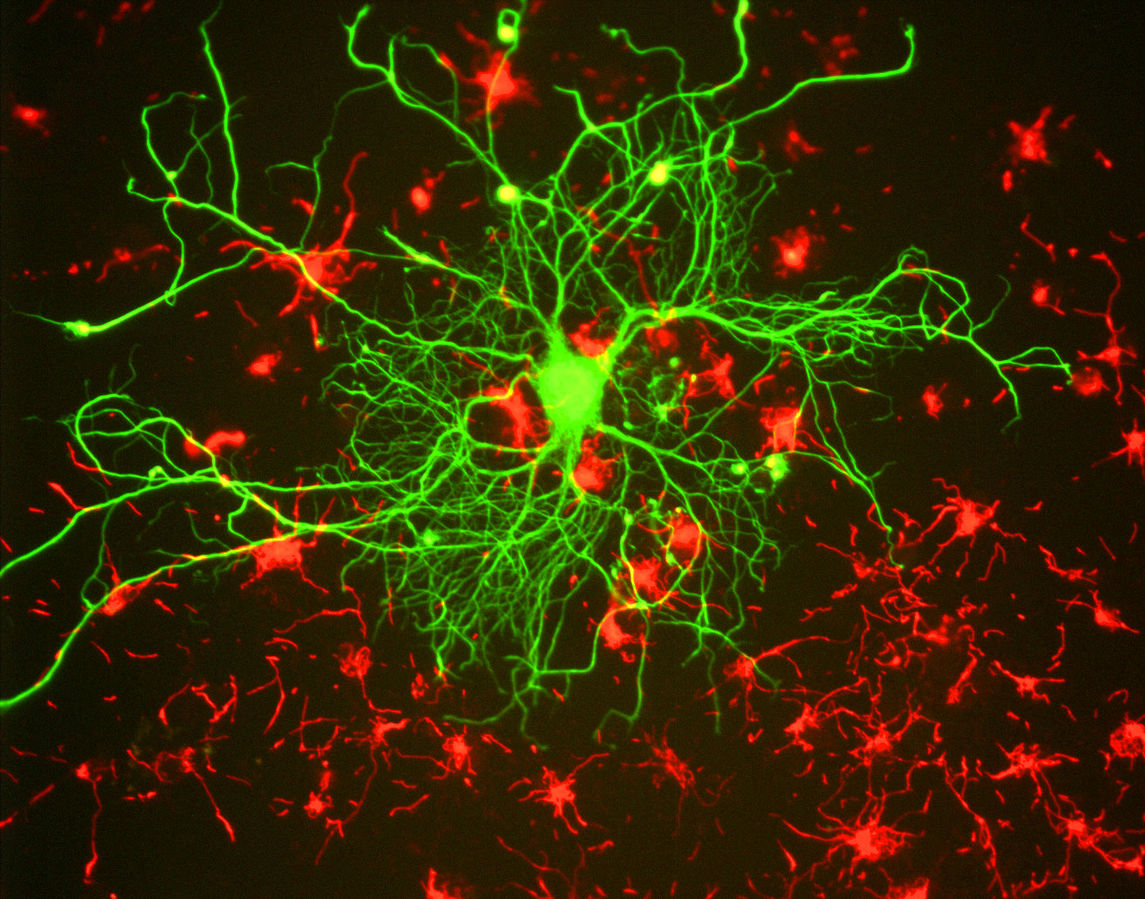 The present and future of biomarkers in MS

Biomarker research was a major talking point at ECTRIMS 2021. Discover the latest developments discussed at the meeting, from moving validated markers into clinical practice to proteomic screens for continued discovery…

Clinically valuable, accessible, objective biomarkers for diagnosis, prognostication, and monitoring are an unmet need in multiple sclerosis (MS). The 37th Congress of the European Committee for Treatment and Research in Multiple Sclerosis, 2021, shared state-of-the-art developments in biomarker discovery, development, and validation from experts across the world.

In this feature, we spotlight several promising biomarkers discussed at the ECTRIMS meeting. Read on to hear what’s to come in this exciting space!

Biomarker development and discovery have been a focal point in multiple sclerosis (MS) research for many years. At present, there are no established criteria to assess treatment failure or advancement to progressive disease. Thus, biomarkers that can predict prognosis, monitor disease course, and assess treatment responses are needed. Neurofilaments, neurofilament light (NfL) in particular, are one of the most promising candidates currently under investigation.

NfL is released in response to neuronal injury and is found at increased concentrations in the cerebrospinal fluid (CSF) of patients with MS compared to healthy controls, particularly during periods of exacerbated disease.1,2 NfL has been associated with measures of disease activity (Gd+ enhancing lesions), disability worsening (EDSS changes) and brain atrophy, as well as neuropsychological functioning.3 Technological advancements have enabled simple and rapid detection of NfL in serum and plasma, obviating the need for more invasive CSF-based detection.

These observations substantiate beliefs that NfL may represent an objective biomarker for use in routine MS management and treatment response monitoring. Whilst there is already evidence demonstrating that NfL is associated with measures of inflammatory disease activity and central nervous system atrophy, few evaluations have taken place in large real-world heterogeneous cohorts. Elias Sotirchos, MD, Johns Hopkins University School of Medicine, Baltimore, MD, shares the details of a large cohort study examining associations of serum NfL (sNfL) with longitudinal brain atrophy and new T2 lesions in patients with MS.4

The analysis used data from The Multiple Sclerosis Partners Advancing Technology and Health Solutions (MS PATHS) network, an international network of healthcare centers collecting standardized clinical/imaging data during routine clinic visits. Approximately 3700 patients with brain MRI acquisitions within 1 year of sNfL measurement and a minimum of 6 months retrospective and/or prospective MRI follow-up were identified as eligible.4 Data from healthy controls was used to calculate age-specific cut-offs of sNfL levels, which were used to categorize patients as having normal or elevated sNfL (defined as above the age-specific 97.5th percentile).

In total, 15.5% of participants were identified as having elevated sNfL levels. The study demonstrated that whole-brain atrophy was statistically significantly accelerated in patients with elevated sNfL. This was true both in the period prior to NfL assessment, where atrophy rates were -0.33% per year compared to -0.16% per year in those with normal sNfL levels (p<0.001), and during prospective follow up (-0.25% per year compared to -0.15% per year; p<0.001).4 Furthermore, patients with higher sNfL also had higher odds of new T2 lesions during retrospective and prospective MRI follow-up (p<0.001). Findings were consistent across major demographic and clinical subgroups. The team performed additional analyses using age normalized sNfL Z-scores instead of fixed cut-offs, which revealed consistent findings.

These findings show that a single time point NfL measurement can be associated with retrospective and prospective clinical characteristics, endorsing its further development. Dr Sotirchos highlights serial monitoring of NfL as an important follow-up exploration.

Real-world data sets were presented at ECTRIMS 2021 showing the results of COVID-19 vaccination in patients with multiple sclerosis across the world. Read on to find out more.

Developing a normative database to improve sNfL performance in MS

An array of biological and clinical studies have validated the reliability of neurofilament light chain (NfL) as a valuable biomarker in multiple sclerosis (MS). Predictive of the risk of conversion in radiologically isolated syndrome (RIS) and clinically isolated syndrome (CIS) and the risk of further progression in MS, NfL is a promising candidate blood-based prognostic biomarker.2,5,6 Despite not being specific to MS, NfL also accurately reflects disease activity, correlating with MRI activity, brain atrophy levels and NEDA3 (No Evidence of Disease Activity) status, and can be used as a drug response biomarker to monitor treatment efficacy in an individual.7

Currently, NfL is widely utilized in research and clinical trial settings. Throughout the long-running search for objective and measurable markers of the underlying pathophysiology of MS, many candidates have been explored, with few validated and even fewer making it into a clinical setting. Based on the high-level evidence supporting NfL as a non-invasive, clinically useful biomarker in MS, ongoing efforts are attempting to get it ready for implementation in daily practice.

Jens Kuhle, MD, PhD, University Hospital and University of Basel, Basel, Switzerland, discusses the development of a normative database of serum NfL (sNfL) levels, an important step towards this goal.

MS studies monitoring sNfL have typically employed fixed cut-off points to categorize individuals as having normal or elevated levels. However, substantial evidence supports the impact of age on sNfL levels and thus, the expected normal level varies in different age groups. For this reason, using a fixed cut-off for a varied cohort can lead to false negatives and false positives. To combat this, a normative database was established using serum samples from around 10,000 control subjects.8 sNfL Z-scores were produced that give a precise estimate of the deviation of sNfL from the mean of control subjects of the same age. In this way, subtle changes in NfL can be more accurately determined.

The prognostic value of sNfL Z-scores was investigated using 7000 longitudinal samples from 1400 patients with MS.8 The study demonstrated that Z scores were able to predict future disease activity independent of conventional clinical measures. In multivariate models including EDSS worsening, relapses in the previous year, new/enlarging T2 lesions, and contrast enhancing lesions, sNfL Z-scores added independent prognostic value. Furthermore, in a study of 155 relapsing-remitting patients with NEDA-3 status in last year, an increased sNfL Z-score significantly increased the risk of disease activity in the next year compared to those with normal sNfL (p=0.0001), suggesting sNfL may reflect sub-MRI disease activity.9

An easily accessible app is currently in development that will enable investigators to calculate sNfL Z-scores for use in future research.

Increasing knowledge of the pathological mechanisms underlying the development and progression of multiple sclerosis (MS) has magnified the focus on biomarker development. According to the 2017 McDonald diagnostic criteria, IgG oligoclonal bands are used as a diagnostic biomarker in clinical practice.10 However, there remains a lack of robust, easily accessible markers for early diagnosis, disease monitoring and prognostication. Charlotte Teunissen, PhD, VU University Medical Center Amsterdam, The Netherlands, introduces several emerging body-fluid biomarkers under investigation as tools to aid patient management and treatment development in MS, sharing the evidence that has accumulated to date.

Firstly, Dr Teunissen highlights glial fibrillary acidic protein (GFAP) as a promising putative biomarker. GFAP is an astrocyte-specific protein reliably upregulated during astrogliosis.11 It is the hallmark intermediate filament that forms part of the cytoskeleton in mature astrocytes. In the context of CNS injury, trauma, inflammation, and neurodegeneration, astrocytes take on a reactive phenotype and are thought to develop neurotoxic functions.11 During this process, GFAP is rearranged and upregulated, and so it has been explored as a biomarker in several neurological diseases.

The brain-specific expression and strong correlation with degeneration of GFAP have led to numerous investigations in MS. Evidence has demonstrated that GFAP is prognostic for progression, showing higher levels in patients with greater EDSS, longer disease duration, and progressive disease course.11 It correlates with MRI measures of disease activity, including microstructural white matter damage, and has been related to cognitive impairment.12,13 Therefore, GFAP may act as a valuable marker of progressive disease.

Important in the formation of paranodal axo-glial junctions and in signaling between axons and oligodendrocytes, contactin 1 (CNTN1) is another protein of interest in MS. Studies have revealed reduced expression both in axons and in serum in patients with MS.14 It is also related to MRI measures of brain volume and lesion load. A recent study investigated CNTN1 using natalizumab-treated relapsing/remitting patients as a model of inflammation independent progression.14 Median serum CNTN1 (sCNTN1) levels in patients with RRMS were significantly lower compared to healthy controls (p≤0.001). Additionally, baseline and 12-month sCNTN1 levels were significantly lower in those with progressive disease despite natalizumab treatment (p=0.017). These findings indicate that sCNTN1 concentrations are linked to long-term disability progression.

It is clear that several markers are on the rise in this space and could gain similar importance in clinical practice as the few currently validated MS biomarkers.

ECTRIMS 2021 shared state-of-the-art MS updates from over 200 speakers. VJNeurology caught up with the presenters on new research studies, clinical trials, and important debates on hot topics. Explore our exclusive coverage to learn more…

Whilst the etiology remains somewhat elusive, it is accepted that multiple sclerosis (MS) is an inflammatory disease driven primarily by T helper cells and pro-inflammatory cytokines. In particular, a growing body of evidence is highlighting the major role of IL-17, a cytokine secreted by T helper 17 (Th17) cells, in MS progression.15

The IL-17 signaling pathway is regulated through epigenetic mechanisms, particularly by microRNAs (miRNAs): short non-coding single-stranded molecules involved in Th17 cell differentiation through regulation of RORγ and STAT3 signaling. However, these miRNAs have also been implicated in MS pathogenesis.15

Most miRNA studies have investigated miRNA expression in peripheral blood mononuclear cells (PBMCs) and in immune cells, and there is less information on the role of circulating miRNAs in MS. In 2012, Siegel et al. published the first study exploring the involvement of circulating miRNAs in MS and revealed that six plasma miRNAs were significantly upregulated in comparison to healthy controls. The results from this study implicated circulating miRNAs as potential diagnostic and prognostic biomarkers for MS.16

At ECTRIMS 2021, Bárbara Guerra Leal, PhD, University of Porto, Porto, Portugal, discussed the results from a multicenter study exploring the diagnostic and prognostic ability of miR-26a and miR-145, two modulators of Th17 and regulatory T-cell differentiation in MS.17

In this study, serum miRNA levels were measured in 116 patients with MS and 63 controls. Whilst the study reported that miR-26a and miR-145 circulating levels were similar in MS patients and in controls, and were not associated with clinical form, disease activity, age of onset, or disease duration, lower miR-26a levels were shown to be correlated with worse MS disability, and higher Multiple Sclerosis Severity Score (MSSS) and Expanded Disability Status Scale (EDSS) disability scores. In addition, it was also observed that patients carrying the HLA-DRB1*15 allele (34%), widely considered as the strongest genetic risk in MS, had higher EDSS scores (p=0.003) and lower miR-26a levels (p=0.048).17 Dr Guerra Leal explained: “We know that this miRNA has an anti-inflammatory role. Its lower levels may predispose to lower regulatory T-cell levels and higher Th17 differentiation, so higher inflammation and higher disability in MS patients.”

Interestingly, miR-26a downregulation was associated with worse outcomes specifically in patients who smoke, suggesting that there might be an interaction between environmental and genetic factors contributing to MS progression. Dr Guerra Leal commented: “It has been described that smoking is associated with changes in the miRNA profile; so we want to know if these differences, particularly in these miRNAs, are associated with disease, or with smoking, or if it is just an observation”.

Overall, these findings provide insights into the mechanisms of interaction between different MS risk factors driving the imbalance between pro- and anti-inflammatory mechanisms, resulting in higher disease severity.17 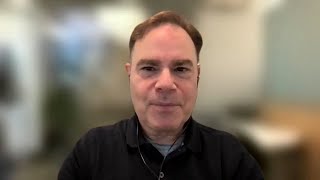 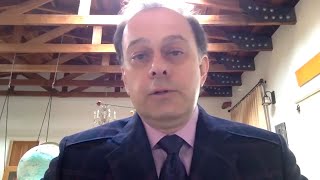 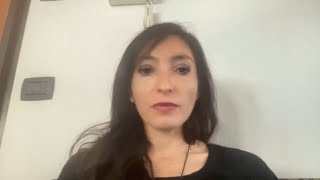 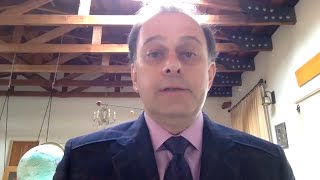 Updates on N-MOmentum: inebilizumab versus placebo in patients with NMOSD
Bruce Cree • 21 Oct 2021