A wealth of research continues to investigate anticoagulation-associated intracranial hemorrhage and the optimal strategies for prevention and management. VJNeurology caught up with experts at the European Stroke Organisation Conference (ESOC) 2022 on the latest updates, including reversal strategies, restarting anticoagulation after hemorrhagic stroke, and potential treatment strategies.

Direct oral anticoagulants (DOACs; also known as novel oral anticoagulants (NOACs)) are widely used for thromboembolic stroke prevention in patients with atrial fibrillation, their superior risk-benefit profile seeing them overtake the use of traditional vitamin K antagonists. Although the risk of major bleeding whilst using DOACs is substantially lower than with warfarin, the risk remains as high as 2.1 to 3.5% in some data sets and cases are often fatal.1

Reversal agents can be used for patients receiving DOACs, when rapid neutralization of the anticoagulant activity is required for emergency surgery or in uncontrolled bleeding.

Until recently, only bypass agents were available for bleeding on DOACs, such as prothrombin complex concentrates (PCCs). However, there is no robust, randomized data assessing the efficacy of PCCs in this setting. Reports are mixed regarding their impact on hematoma expansion, survival, and functional prognosis.2 Importantly, these agents also carry an inherent pro-thrombotic risk. Accordingly, several direct antagonists have been developed that inhibit anticoagulant activity, including idarucizumab, andexanet alfa, and aripazine.

Senta Frol, MD, PhD, University Medical Centre Ljubljana, Slovenia, outlines the current evidence base for idarucizumab reversal of dabigatran in acute ischemic stroke (AIS) and intracerebral hemorrhage (ICH). Idarucizumab is a humanized monoclonal antibody designed to irreversibly inhibit dabigatran with high affinity and specificity, leading to the immediate reversal of its anticoagulant effects.2 The agent is licensed for use in adults treated with dabigatran when rapid anticoagulation reversal is required for emergency surgery or in uncontrolled bleeding. The strongest evidence to date comes from the RE-VERSE AD prospective, multicenter study (NCT02104947), published in 2017, which showed idarucizumab to rapidly and durably reverse anticoagulation in patients with intracranial bleeding on dabigatran.3 A systematic review of case reports also showed that the safety and efficacy of intravenous thrombolysis was comparable in patients with AIS who received dabigatran reversal by idarucizumab and non-anticoagulated patients.2

Notably, studies suggest that idaracizumab does not exhibit pro-thrombotic effects, making it the only reversal agent indicated in both ischemic and hemorrhagic stroke.2

The other FDA-approved specific anticoagulation reversal agent is andexanet alfa, a recombinant human factor Xa decoy protein that binds specifically to apixaban or rivaroxaban and is indicated for patients who suffer intracranial bleeding on these agents. Current guidelines advise against the use of andexanet alfa for anticoagulation reversal in patients with AIS in the thrombolytic window due to the high rate of thrombotic complications.4

Thorsten Steiner, MD, PhD, Frankfurt Höchst Clinic, Frankfurt & Heidelberg University, Heidelberg, Germany, talks on the data we have on andexanet-alfa so far. Numerous studies have investigated andexanet alfa administration versus placebo in the reversal of anticoagulation due to factor Xa inhibitors, including the ANNEXA-A (NCT02207725) and ANNEXA-R (NCT02220725) randomized, controlled studies of apixaban and rivaroxaban, respectively. Anti–factor Xa activity was rapidly reduced to a greater extent after administration of a bolus of andexanet than after administration of placebo, both in the apixaban study (mean 94% vs. 21%, p<0.001) and in the rivaroxaban study (mean 92% vs. 18%, p<0.001).1

These trials were followed by the Phase IIIb/IV ANNEXA-4 trial (NCT02329327) of andexanet in patients with factor Xa inhibitor-associated acute major bleeding, which showed a 92% reduction in median anti-factor Xa activity after andexanet administration.5 While the European Stroke Organisation’s recommendation for the use of idarucizumab in patients on dabigatran is strong, a lack of data in ICH means the recommendation of andexanet alfa in patients on rivaroxaban or apixaban is weak.2

The availability of reversal strategies has made a substantial difference to patients on oral anticoagulation suffering AIS or ICH. Their use enables eligible anticoagulated patients who suffer an acute ischemic stroke to undergo thrombolysis, and mechanical thrombectomy in the case of large vessel occlusion. In the case of NOAC-associated intracerebral hemorrhage (ICH), rapid reversal has been shown to achieve a high degree of hemostatic efficacy and improve functional outcomes and mortality.2 However, unresolved issues remain, including clinical availability, cost, and confirmation of efficacy and safety in large-scale trials. Current guidelines do not define approaches based the time since the onset of symptoms or appropriate thresholds of anticoagulant activity. Together with heterogeneity in test and antidote availability across clinics, this has led to a lack of standardization and ongoing questions regarding best practice.

Intracerebral hemorrhage (ICH) is the most devastating adverse event attributed to anticoagulant use in patients with atrial fibrillation. Annually, an estimated 0.6-1.0% of anticoagulated patients are estimated to suffer an ICH.6 Indeed, ICH in this population is known to be more severe and lead to higher mortality, compared to spontaneous ICH.

After an ischemic stroke, current evidence-based guidelines support the early reintroduction of anticoagulants, taking into account individual thrombotic and hemorrhagic risks based on stroke severity and patient characteristics.2 The “1-3-6-12-day rule” is a well-known consensus, advising increased delay of anticoagulation initiation with increasing stroke severity.

The guidance for anticoagulation resumption after an ICH is less set in stone. The lack of evidence-based guidelines has necessitated decision making based on clinical judgment alone. Data from observational studies has suggested that restarting anticoagulation after ICH is associated with a lower risk of thromboembolic events and a similar risk of ICH recurrence, compared to those who stop anticoagulation.6

A meta-analysis presented at ESOC 2022 combined the three major trials that have been conducted in this indication: NASPAF-ICH (NCT02998905), APACHE-AF (NCT02565693), and SoSTART (NCT03153150).8 Considering all major cardiac events, a non-significant risk ratio of 0.61 was recorded. The risk reduction for ischemic stroke with anticoagulation use was significant, at 0.35.

These findings were supported by a recent systematic review and meta-analysis of over 5000 patients demonstrating similar risk of recurrent ICH in restarters versus non-restarters.6

Nonetheless, opposing results have also been reported, suggesting restart leaves patients with a substantial risk of hematoma expansion or new hemorrhagic lesions. The UK-based SoSTART trial investigated the use of anticoagulants in 200 patients with ICH and atrial fibrillation. The trial was inconclusive, stating that oral anticoagulation was not non-inferior to avoiding oral anticoagulation.9 Another major study, APACHE-AF, compared outcomes in 101 patients with atrial fibrillation treated with apixaban compared with avoiding anticoagulation after ICH, finding no difference in risk of non-fatal stroke or vascular death between the two groups.10 However, all five repeat brain bleeds occurred in the restart arm. In the above-mentioned meta-analysis, a non-significant doubling of the risk of recurrent ICH was recorded (RR=2.43).8 Many randomized controlled trials are ongoing to shed light on this clinical dilemma, including PRESTIGE-AF (NCT03996772) and ENRICH-AF (NCT03950076).

Ongoing efforts are looking for ways to better predict individual risk of ischemic stroke versus rebleeding, such as markers of small vessel disease or atherosclerosis. ICH size and location and ethnicity are also known to impact ICH recurrence risk.

Covering trial updates, advancements in surgical techniques, novel strategies for neuroprotection and repair, and exclusive insights on the future of stroke care from global specialists.

Over 10% of all cases of intracerebral hemorrhage (ICH) are associated with direct oral anticoagulant (DOAC; also known as novel oral anticoagulants (NOACs)) treatment.11 The outcome of DOAC-ICH can be devastating, and no evidence-based treatment options are available. The 30-day mortality rate of 25% and rate of unfavorable outcome/death of 60% demonstrates the severity of DOAC-ICH.11

One potential target in DOAC-ICH is hematoma expansion (HE), which occurs in 40% of cases and is associated with poor outcomes.12 It has been suggested that HE prevention may reduce the morbidity and mortality associated with this severe adverse event. Tranexamic acid (TXA) is an anti-fibrinolytic drug that is used in several bleeding conditions and has been shown to reduce HE in studies of spontaneous ICH.11

Philippe Lyrer, MD, and Nils Peters, MD, University Hospital and University of Basel, Basel, Switzerland, present the findings of the TICH-NOAC trial (NCT02866838): a double-blind, randomized, placebo-controlled trial assessing the efficacy and safety of TXA versus placebo for the treatment of DOAC-associated ICH.

The trial randomized 63 patients with acute ICH within 12 hours of symptom onset and treated them with intravenous TXA or placebo within 30 minutes of randomization. All participants must have had DOAC intake within the last 48 hours or proven DOAC activity by coagulation assays. Overall, the placebo and intervention cohorts were well balanced. Some slight differences in baseline measurements were noted, including higher NIH stroke scale scores, higher incidence of lobar ICH, and longer average time to study treatment in the TXA group, compared to placebo.11

The primary study endpoint of HE- defined as volume increase by ≥33% or ≥6ml – was negative, with rates of almost 50% in both arms (47% in TXA arm vs. 45% in placebo arm, p=0.97).11 There was no significant difference in symptomatic HE occurrence or absolute hematoma volume change between the two groups. Rates of severe disability and death were also comparable in the treatment and placebo arms.

Prespecified subgroup analyses identified several factors associated with the effect of TXA on hematoma expansion, including time-to-treatment and blood pressure.12 Data suggested that TXA achieved better results in patients with an onset to treatment time of ≤6 hours, compared to patients treated beyond 6 hours. Additionally, TXA may have worked better in those with a systolic blood pressure of ≤170mmhg at admission. No interactions were seen between TXA efficacy and concurrent prothrombin complex concentrate (PCC) use, baseline ICH volume, ICH location, age, or small vessel disease burden.12 These data will help to inform future investigations into the role of TXA in DOAC-associated ICH.

Overall, TICH-NOAC concluded that there was no evidence that TXA use prevents HE in patients suffering DOAC-associated ICH, but that it may have an effect in specific patient subgroups. Cohort numbers were small, and replication of these associations is needed to further understand the potential value of TXA treatment.

View all videos from ESOC 2022 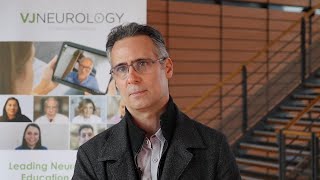 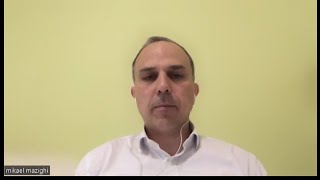 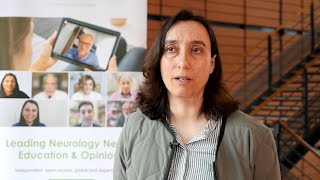 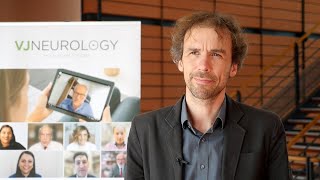