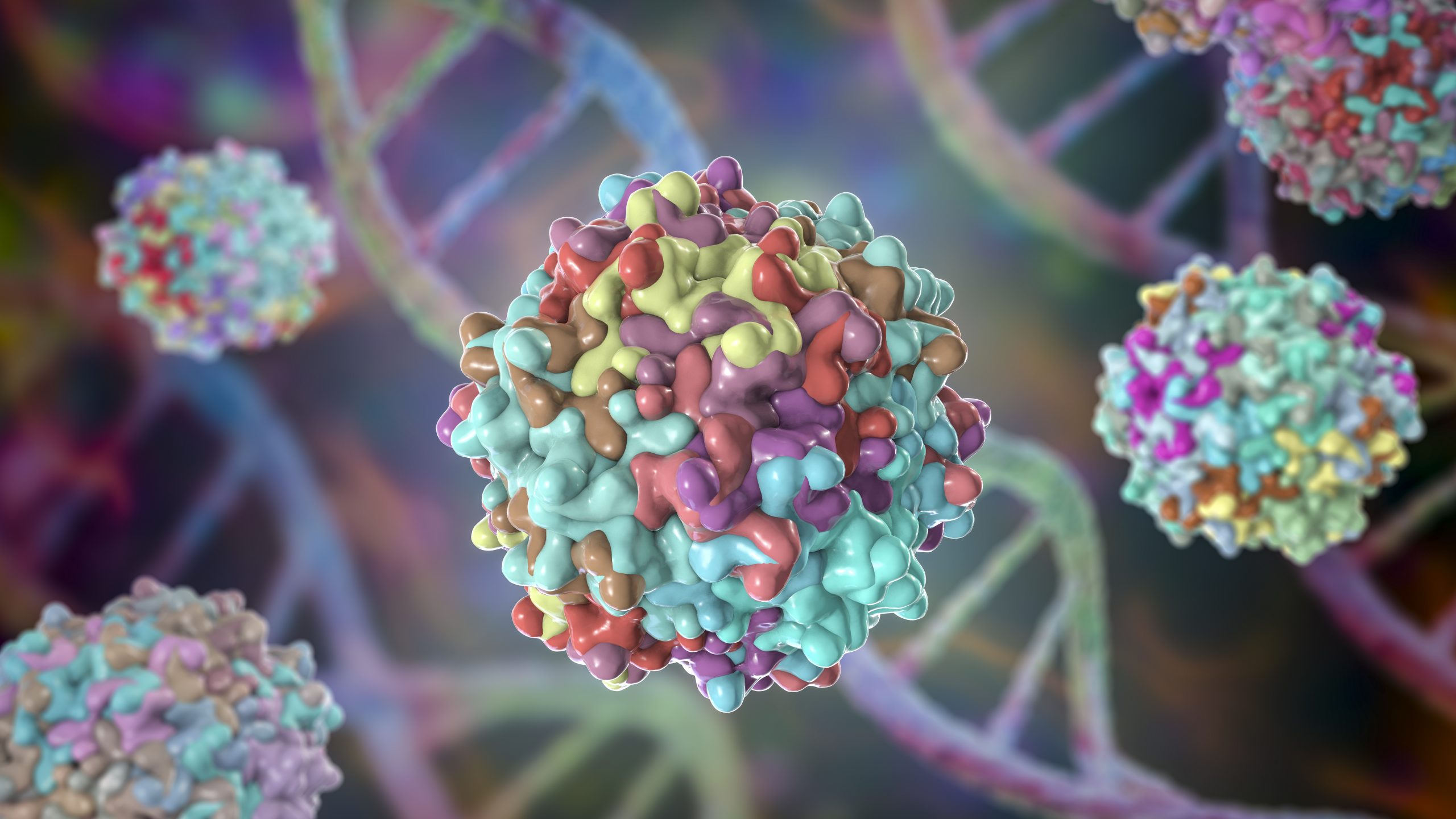 AMT-130: the first gene therapy on the horizon for Huntington’s disease?

The first interim data has been published from a Phase I/II trial testing the safety and tolerability of AMT-130. If successful, this would be the first gene therapy for Huntington’s disease. What got us to this point and what comes next?

AMT-130 is the first experimental gene therapy under investigation for the treatment of Huntington’s disease (HD). HD is a heritable, neurodegenerative disease characterized by a CAG repeat expansion in exon 1 of the huntingtin (HTT) gene. Devastatingly, HD also presents with the phenomenon of anticipation, whereby future generations have a larger CAG repeat, conferring earlier onset of disease and worse outcomes. Despite our knowledge of the etiology of HD, the field has lagged behind in finding therapies to treat the disease, delay its onset, or hinder its progression.

Previously, attempts to treat HD have relied on mutant huntingtin (mHTT) lowering strategies. Notably, antisense oligonucleotides (ASOs) have recently been trialed, targeting the conversion of the mutant DNA at the intermediate mRNA level, before the production of mHTT.1 Most clinical trials for these ASOs have failed to meet their primary endpoints, including the recent Phase III GENERATION HD1 study (NCT03761849) of tominersen. Additionally, immunotherapy has been attempted, including monoclonal antibodies, such as pepinemab. Pepinemab was expected to normalize metabolism and lower inflammation to impact HD. In certain studies, pepinemab appeared to improve cognition in HD patients (see Phase II SIGNAL-HD clinical trial (NCT02481674)), but the results did not reach statistical significance.2 These failures have stagnated the field at simply alleviating the motor and psychiatric symptoms of HD instead of altering the disease trajectory.

As an adeno-associated virus (AAV)-based gene therapy, AMT-130 is designed to change the DNA of the patient to eliminate the underlying cause of the disease. AMT-130 consists of an AAV5 vector, acting as a shuttle to carry a transgene encoding a micro-RNA (miRNA). The miRNA recognizes and binds to the human huntingtin mRNA, preventing its translation and thus decreasing the production of both wild-type and mutant HTT.3 It is thought that lowering the production of mHTT will prevent aggregate formation and the resultant neurodegeneration in HD. After internalization of the AAV5, the transgene remains episomal, resulting in stable expression of the microRNA. This means the treatment is considered to be a one-time administration.

The clinical development of AMT-130 was fueled by positive data from preclinical studies where AMT-130 was administered to minipigs. Here, a dose-dependent and sustained reduction in mHTT was observed in relevant brain regions (i.e., striatum and putamen).4 There was also data suggesting that the therapeutic agent spread through the brain, leading to improved brain cell function, a reversal in HD neuropathology, and a partial reversal of hippocampal volume loss.

The first clinical trial data was published in June 2022, from a double-blinded, placebo-controlled Phase I/II trial (NCT04120493) assessing low-dose AMT-130 versus sham surgery in a cohort of 10 patients with HD. The AMT-130 was delivered via an MRI-guided injection by a micro-catheter into the caudate and striatum.3 Three infusions were required over an eight-to-10-hour period. The low-dose cohort is scheduled for a follow-up of 24 months but interim safety and biomarker data from these 10 patients (i.e., six receiving AMT-130 and four controls) have already been released, halfway through the follow-up at 12 months.5,6

The aims of this clinical trial are to determine the safety, tolerability, and efficacy of AMT-130. Regarding efficacy, the interim data shows a mean reduction in mHTT of 53.8% in the cerebrospinal fluid (CSF) of patient’s treated with AMT-130.6 Neurofilament light chain (NfL) levels were also near baseline in the patients’ CSF at 12 months. The first safety data further suggests that the treatment is well tolerated and without any serious treatment-related adverse events and no adverse drug reactions.

Although this data demonstrates the safety and biomarker effects of AMT-130 at a 12-month follow-up, there are high expectations for additional clinical data, such as functional outcomes, for all patients after 24 complete months of follow-up. Additionally, the results of 16 patients in the high-dose cohort with a follow-up of 12 months are expected in early 2023. It does not end there, with uniQure planning a third cohort in the Phase I/II clinical trial to investigate alternative stereotactic navigation systems to simplify catheter placement for infusions of AMT-130. This will require around 18 additional randomized patients who will receive the higher dose of AMT-130.6 In Europe, another trial (NCT05243017) is being conducted that assesses the safety and efficacy of AMT-130 in 15 patients with early manifest HD.

These results might provide proof of concept for the use of AAV-based gene therapy in treating HD and indicate initial safety and efficacy data that would drive AMT-130 into Phase III clinical trials.